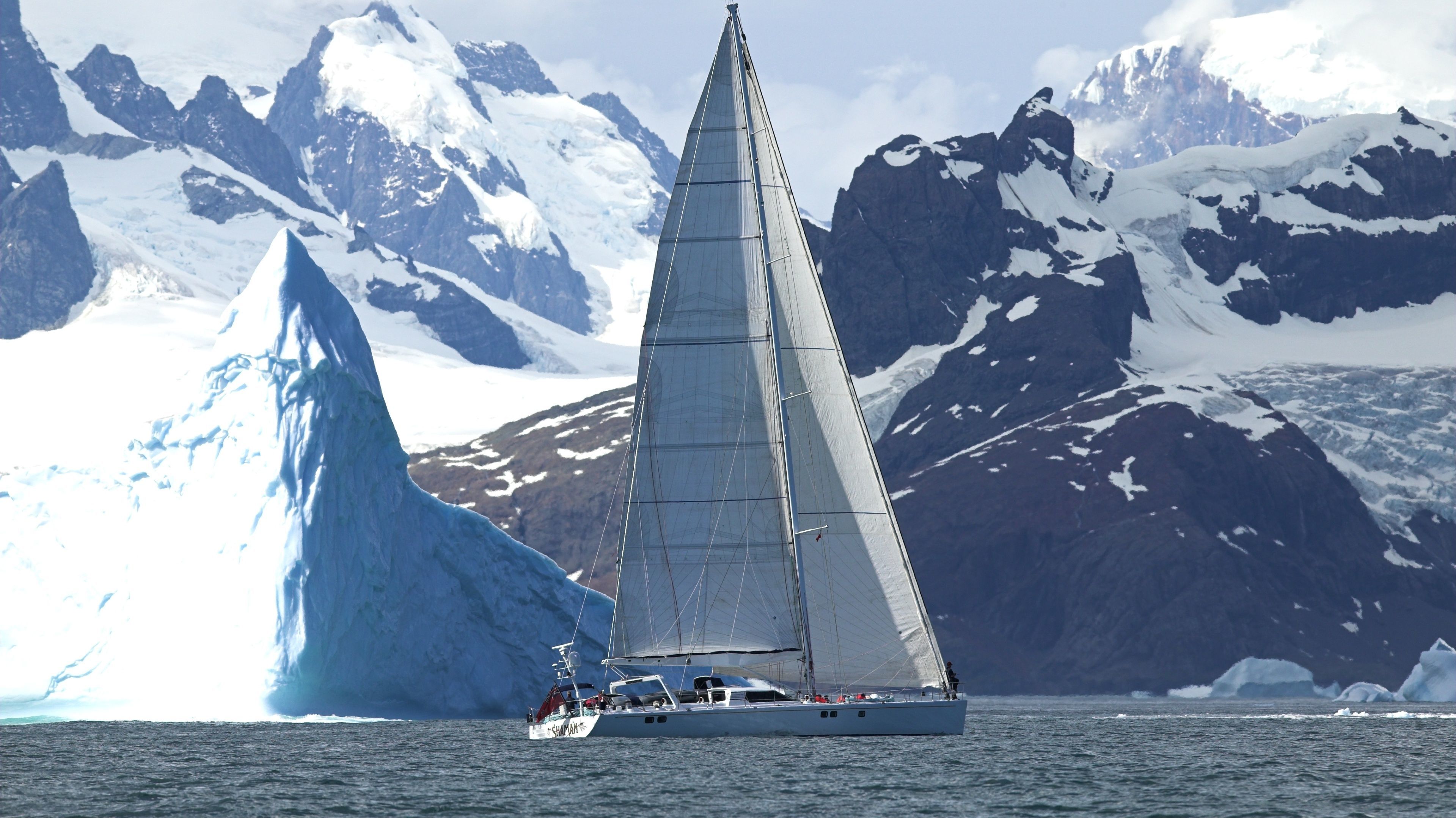 The Bill Tripp designed 88ft Shaman, built by Green Marine and RE Derectors between 1995 and 97, cruising the south Atlantic in 1998.  (Photo: Onne Van Der Wal) 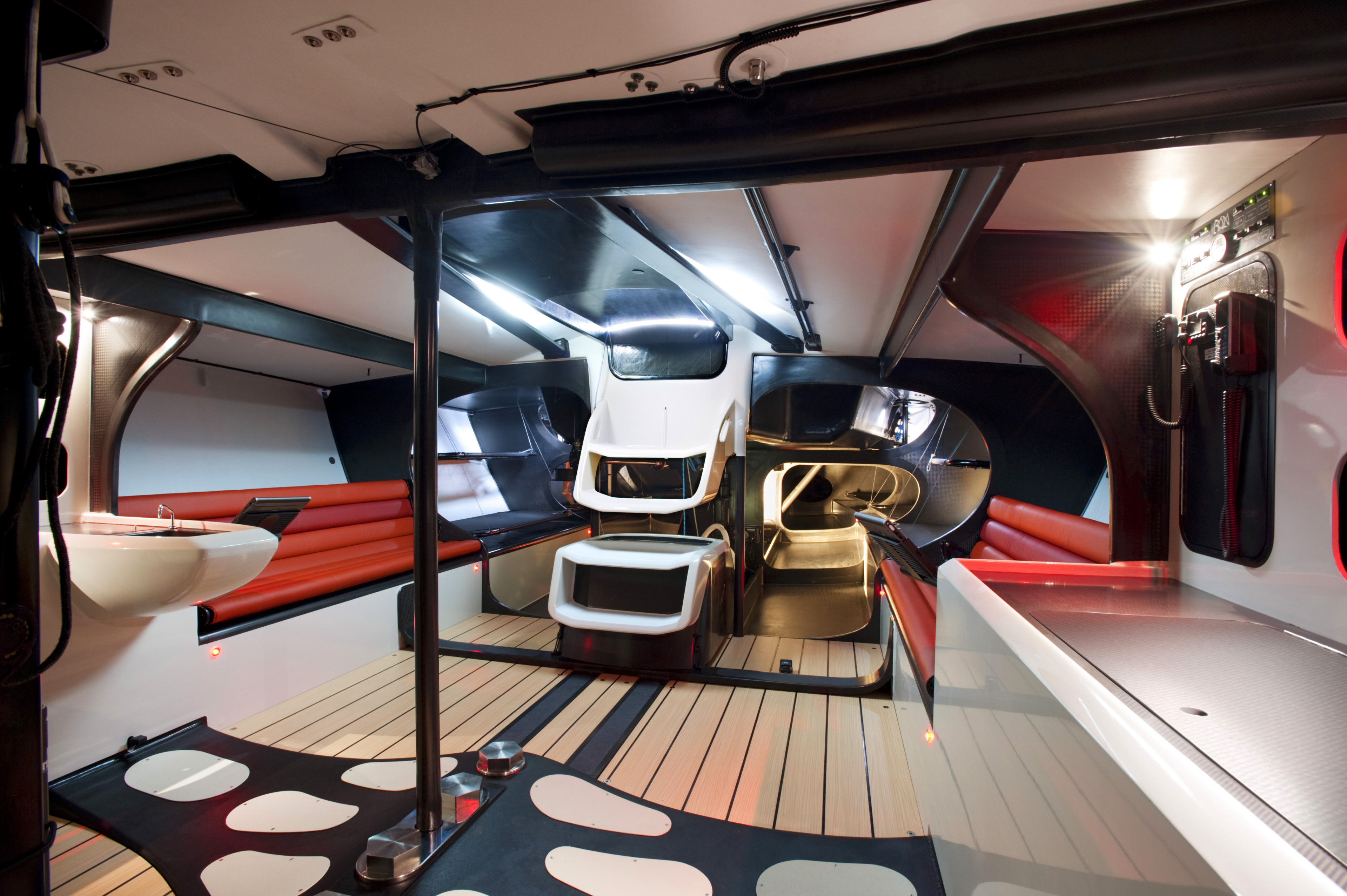 The interior of RAN 2, a IRC 72 with a remarkable racing record. Designed by Judel-Vrolijk, with interior by Design Unlimited. 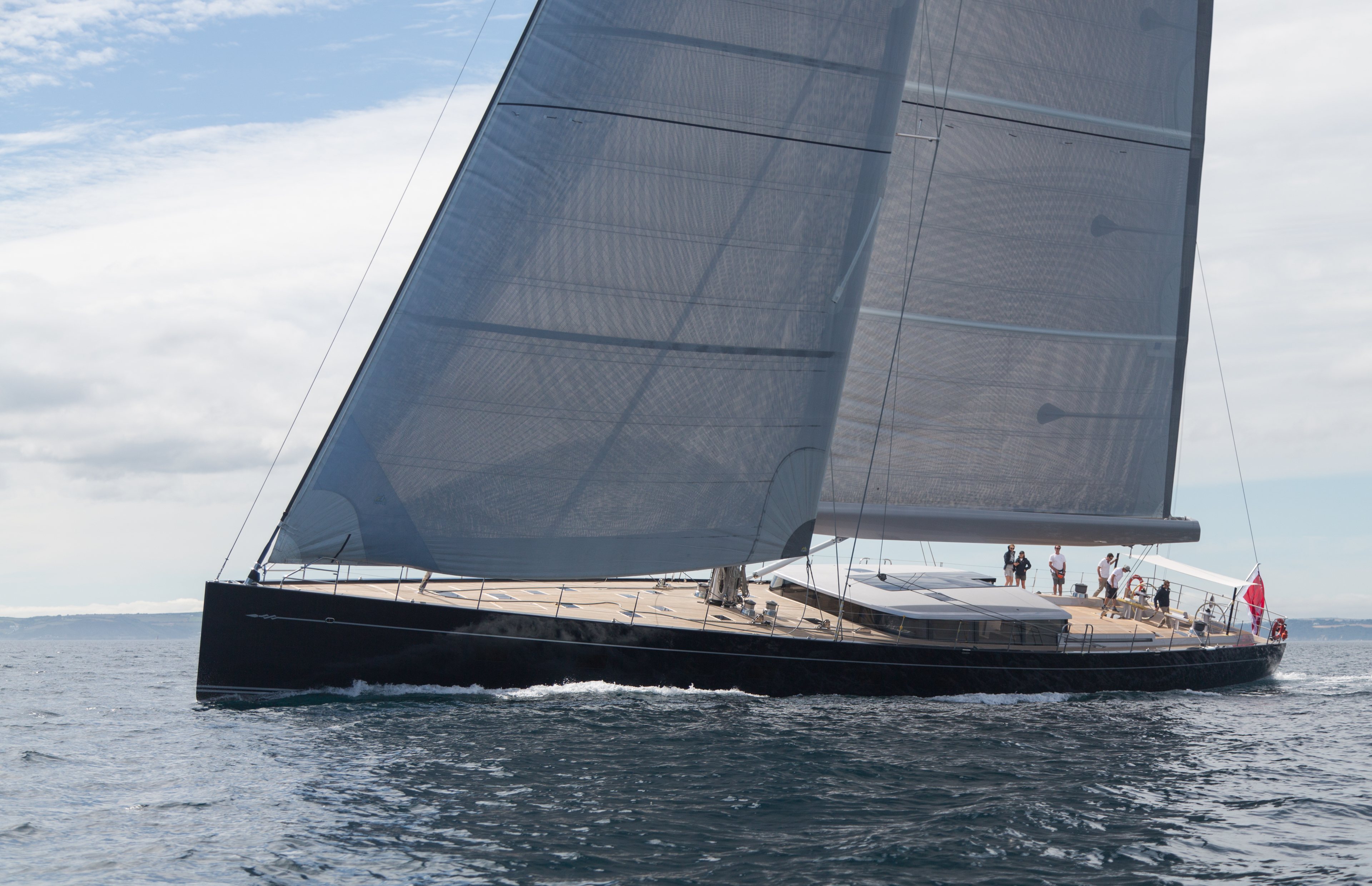 '...We have witnessed the key step changes and been part of the evolution of composite yachts over the last 40 years. We believe that a step change is overdue...'

The majority of FIBRE Mechanics management team and boat building workforce have previously been building carbon racing boats at Green Marine for many years, in some cases dating back to the early 1980s. We were part of Green Marine's growth through numerous phases, from the intermittent IOR boats of the 80s, to the IOR Maxis, Volvo Race and Americas Cup boats of the 90s, to the large cruising yachts of the late 1990s and early 2000s, and onto the current crop of performace racing cruising yachts.

Without going into detail (and believe me, we could), the story started with the development of composite materials and processing techniques: a revolution in materials that took place between 1980 and 1995, a 15 year phase during which we built multiple generations of IOR and Whitbread racing boats. In the 25 years since then, development in the world of racing yachts has been more evolutionary, based on increased engineering sophisitication, and improving manufacturing quality standards, a period during which we built numerous TP52s, Volvo, IMS and IRC racing boats as well as the Americas cup boats for Prada and Mascalzone, IMOCA boats for Foncia, Macif, Hugo Boss and Banque Populaire.

But from 1995, the next revolutionary challenge was to build and install the sailing systems and interiors that larger yacht owners expected while preserving the sailing performance of a racing boat. The challenge was first put to us by Bill Tripp in 1995 with an 88 footer called Shaman, and soon after that by Ben Mennem whose vision was largely responsible for the 92ft Frers design Stealth, launched in 1996. In reality there was nothing straightforward about stripping weight out of cruising yachts. But naval architects such as Bill Tripp, Reichel/Pugh, German Frers and Luca Brenta not only sold the idea to their clients, but were key to finding the solutions to the challenges they posed. For us, at Green Marine, Patrizio Bertelli commissioned a Frers 106 footer called Ulisse, and then in sharp succession came Leopard 2000, Ghost and Sojana.  The size of yachts had crept up from 90 to 116ft, and we were straying into territory previously reserved for shipyards building in steel and aluminium.  It was Bill Tripp (again) that helped us take the next step up to the 39m Cinderella IV, and to the start of a relationship with Vitters Shipyard in the Netherlands.

In 2010, the founders of Green Marine sold the company to Vitters Shipyard, who had who seen an increasing requirement for large lightweight hulls  -  and acted on it.

During this period our emphasis was on making sure that the techniques developed to build 70 foot racing boats were transferable to 130ft cruising yachts. In most cases they were not  -  the result being cruising yacht hulls that were probably lighter that they needed to be, but that were many times the cost of the aluminium hulls they replaced.

Between 2010 and 2016 we built six yachts over 30m; three were completed at Green Marine with lightweight systems and interiors (Open Season, Allegra and Galateia), and 3 were completed in Holland with more traditional interiors (Inoui, Missy and Ribelle). At the same time we were continuing to build racing yachts, working with racing teams such as Foncia, Banque Populaire, Hugo Boss and Macif on IMOCA, Ultime and built a 7-strong fleet of Volvo 65ft racing boats.

In the summer of 2015 Vitters acquired a second fit-out yard in the Netherlands and it was decided that Green Marine would no longer fit yachts out. The company's role would be restricted to the supply of composite hulls. For those of us who had seen the progress made from Gianni Agnelli's Stealth in 1997, to the Reichel/Pugh 30m Galateia and the Irens 24m catamaran Allega almost 20 years later, this was not considered a step forward. There seemed to be no appetite to identify the next step change in yacht construction technology. We had spent up to 30 years 'being' Green Marine, an innovative company dedicated to keeping weight out of carbon hulls; the new direction required a different mentality.

So, in the summer of 2016, we started work as FIBRE Mechanics, back in the Lymington factory where those first breakthrough yachts were built. 15 months later, when the Vitters group decided to close Green Marine, we were joined by a further group of boat builders and laminators who are now the crew at FIBRE Mechanics. We are an employee-owned company, and we see this fact as key to maintaining the high standards set by both the founders of Green Marine, and our more recent colleagues at Vitters.

Our Technical Office is now a 5-strong team of engineers consulting on lightweight fit-out and installations  -  they are working with numerous Naval Architects and shipyards on a remarkably diverse range of projects. Our Composites team has spent four years learning which automated techniques developed by the aerospace industry can be economically applied to the custom yacht industry.

'...Sometimes yacht technology advances in steps, and sometimes it evolves over a period of time. We have witnessed the key step changes and been part of the evolution of composite yachts over the last 40 years. We believe that a step change is overdue, and we are now uniquely positioned to take lightweight yacht construction to the next level...'